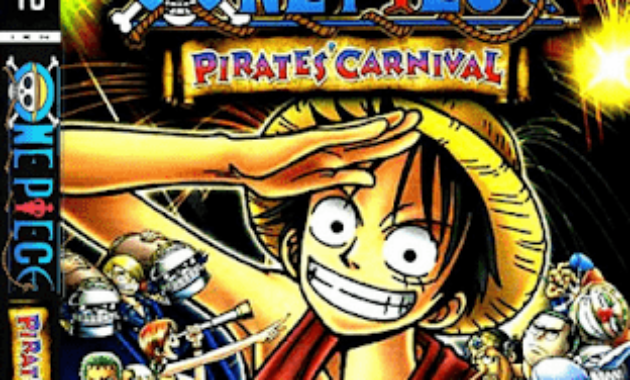 Download One Piece Pirates Carnival PS2 GAME ISO, The main style of gameplay is the Board Game, which features a massive gameboard consisting of dozens of panels. The objective of the game is to have as much money as possible when every tile belongs to a player. Each player has two varieties of money – the money earned from winning a minigame and the money earned from simply owning a panel. Note that while the latter is easily increased (and just as easily decreased), only three effects in the entire game can affect the former.
Each of the four players take turns uncovering panels around the gameboard; who goes first is determined by a minigame at the beginning that takes place at the center panel. While at the beginning, players can only uncover panels that are close to the central one, as the game goes on, more panels may be uncovered. A panel owned by a player is marked by being bordered with the player’s colors; if the color is gray, then nobody owns it and anyone can select it.
Similar to One Piece: Grand Battle! Rush, some gameplay items and features were removed from the American version because the American version of the Anime had not progressed as far as the Japanese version (Everything past the Skypiea Arc of the Anime was removed) and the soundtrack of the introduction of the game was changed because 4kids’ version of the anime never used any of the original theme songs. 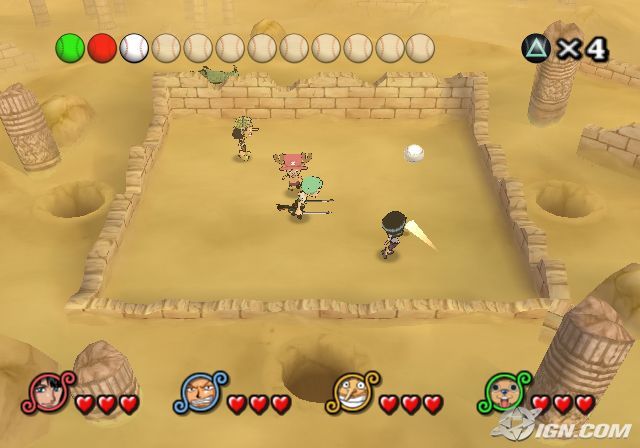 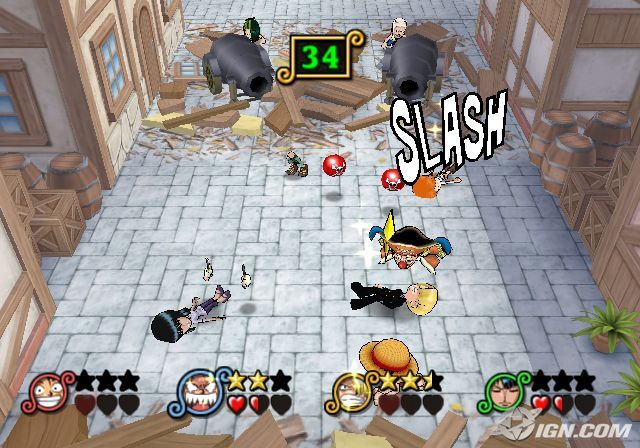