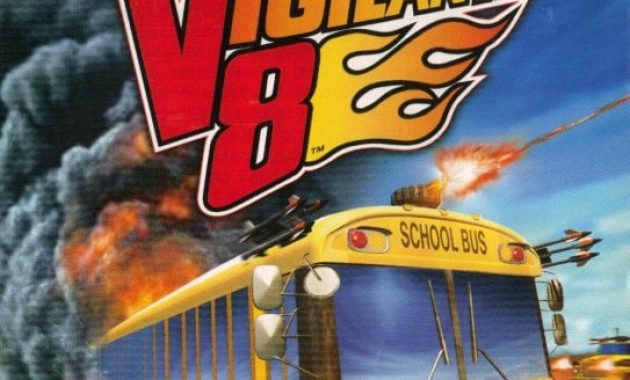 Download Vigilante 8 PS1 GAME ISO Google Drive, Players do combat over a number of stages located all over the western United States, whether in Story or Arcade Mode. Each stage has interactive features, such as ballistic missiles and launching Aurora planes for the Area 51 level. Every vehicle is equipped with a machine gun by default, but players can add up to three out of five available weapons – mines, auto-cannons, rocket pods, mortars, and homing missiles, plus a special weapon unique to the vehicle.

Three types of special attacks can be made using each of the five standard weapons, at a bigger cost in ammunition, by performing fighting game-style movements and button presses on the control pad. These attacks may be performed during normal play or to eliminate nearly-destroyed cars in a method called “Totaling.” In line with the fighting-game style element, players can also score up to six combo hits called Whammies.

There are special icons scattered across the playing field; wrenches repair damage and yellow zigzag lines temporarily jam the opponent’s homing-based weapons. Certain objectives in Story Mode must be completed to help unlock the game’s secret characters and stages. The PlayStation version also offers players the option to play standard music CDs during a match.

The Nintendo 64 version includes a story mode for Y The Alien and a fantasy stage called Super Dreamland 64, as well as three multiplayer modes (two vs. two, three vs. one, and deathmatch) to take advantage of the system’s four control ports, and a two-player Story Mode. It also requires the Nintendo 64 Expansion Pack to improve the graphics and access bonus content. 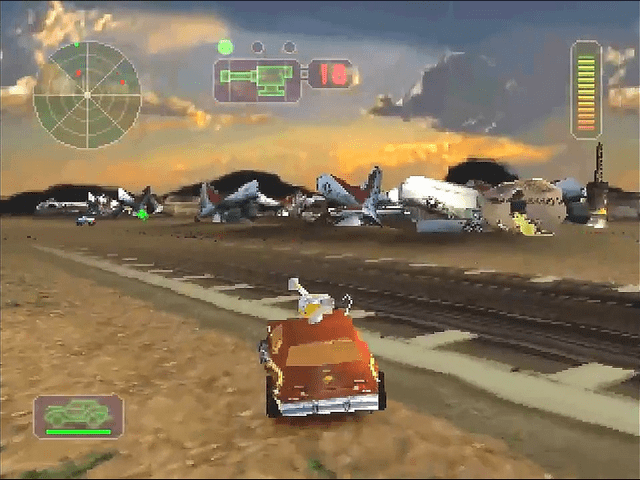 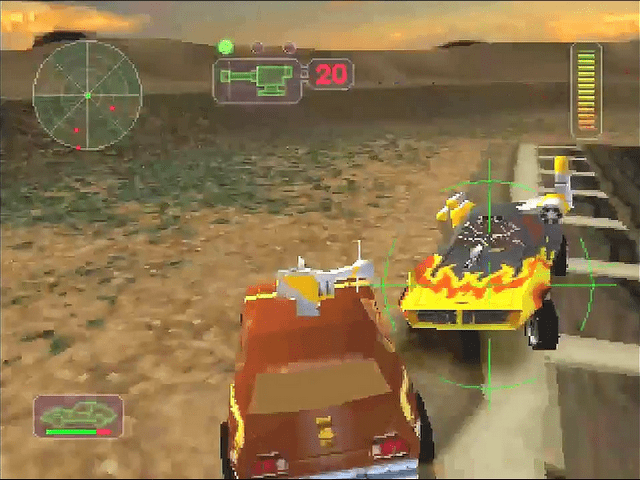